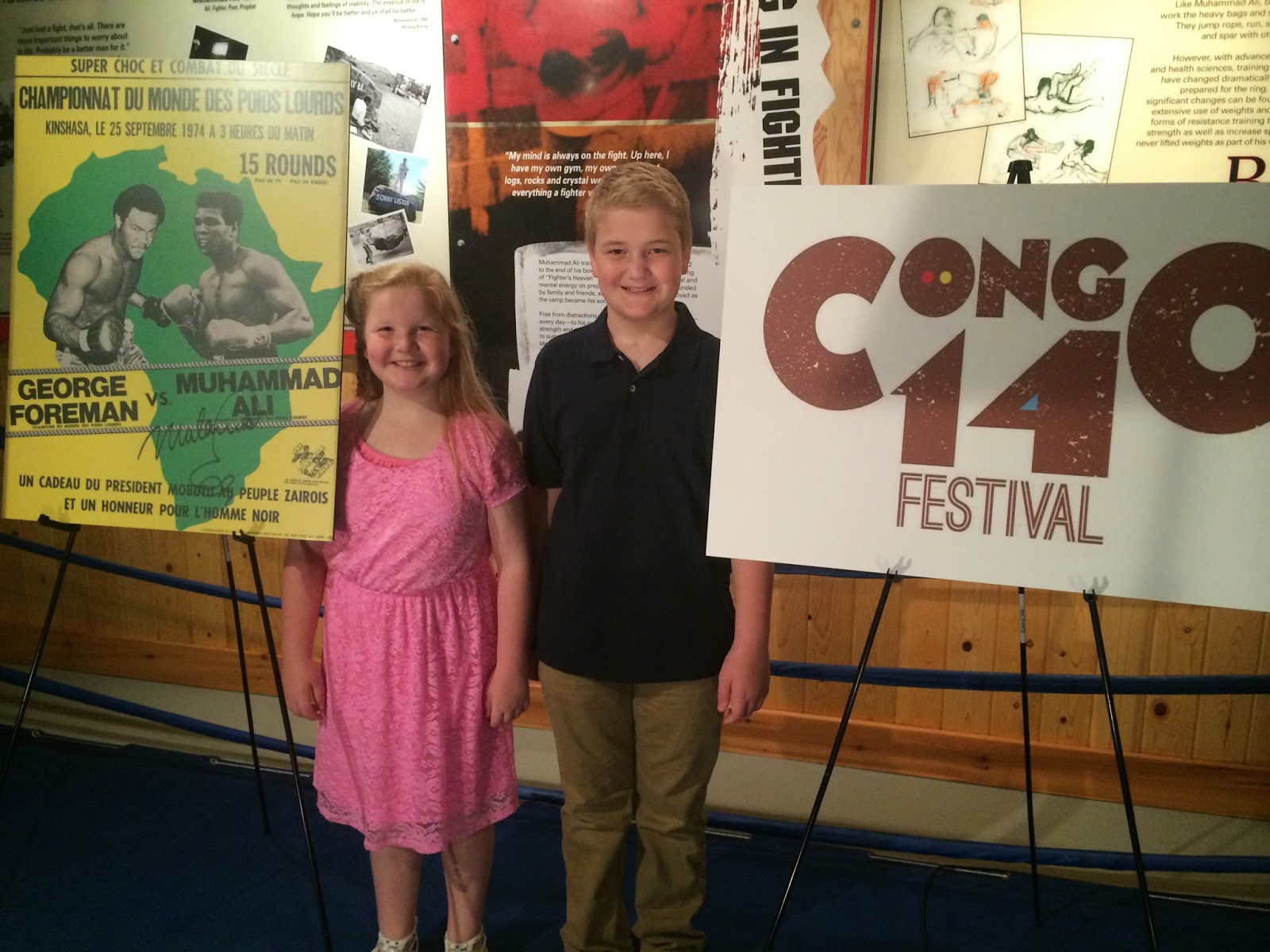 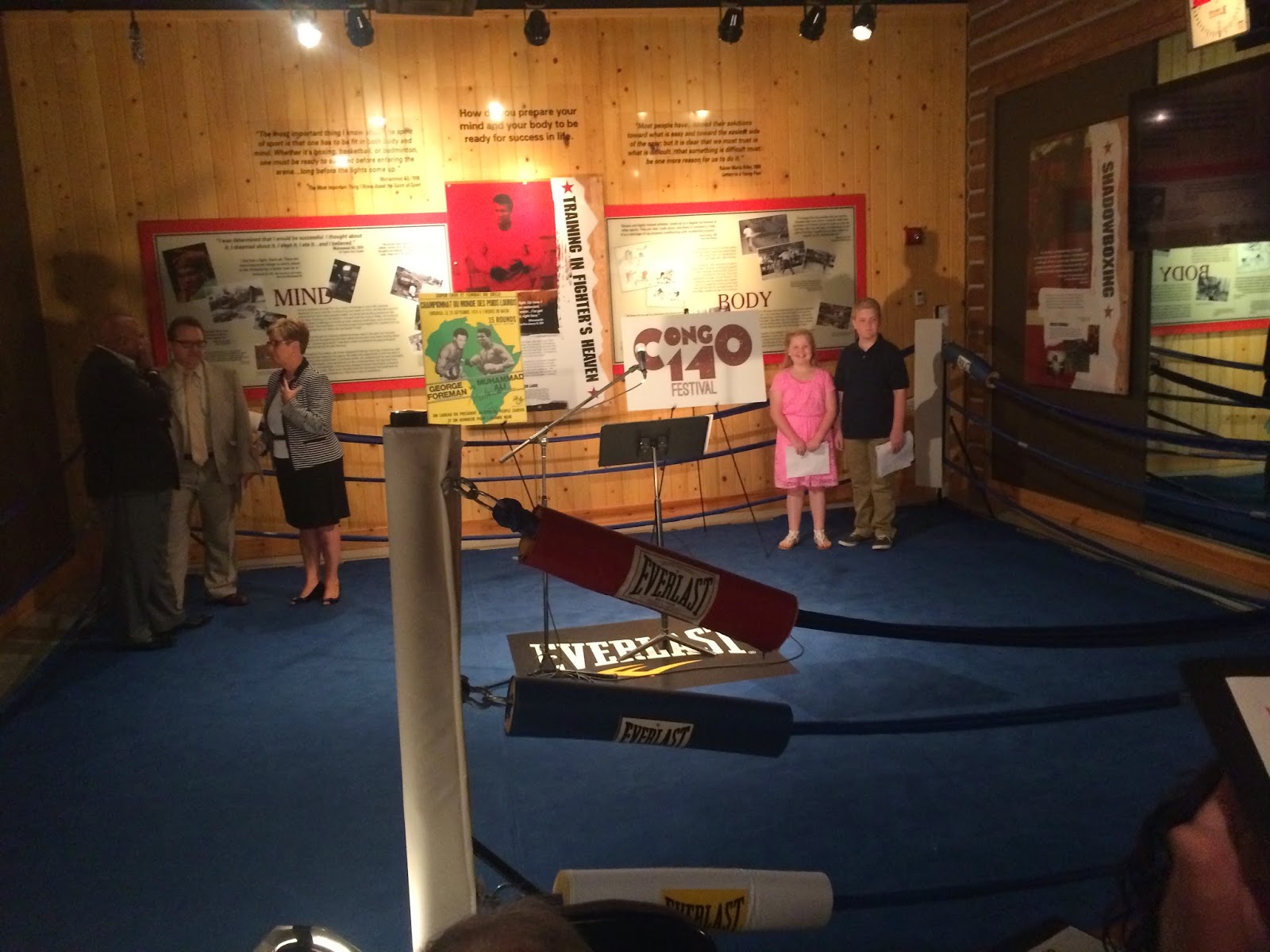 Two weeks ago we had an amazing turn of events in our project!  It hasn’t really gotten us many new donations, but we got to do some super cool things!  First, we were called by the Food Network Channel to see if we wanted to try out for a kid cooking challenge contest show.  (We said, “No”.)  This was an honor for us to realize that they saw our WAVE3 news spot from when we made Abbey’s wedding cake, but the opportunity didn’t really seem to fit with our project and we don’t really want to do things for fame.  We are trying really hard to just keep doing what we are doing so that God gets all the glory.

But on that SAME DAY, we were called by the Muhammad Ali Center because they wanted to ask us if we wanted to be a part of their upcoming press release they were having to tell the press about who their A-List singer is going to be in September for their Congo14 event. (It is Bruno Mars) It was pretty cool how this is working out that the Muhammad Ali Center is going to be doing this event in Louisville and the Congo at the same time to celebrate the anniversary of when Muhammad Ali fought George Forman in Zaire (which is now the Democratic Republic of the Congo) 40 years ago, and we are trying to get enough money to build a hospital there!  The Ali Center wanted to know if we would speak at the Press Conference and tell about what we are doing to help the people in the Congo!  We said, “Yes”, not because we wanted to speak, that was actually super scary, but because it seems like we have some shared goals. WDRB News included us just a tiny bit in their story about the press conference on the news that night.  You can see that here:  WDRB News Clip

In the end, it was scary but also kind-of fun!  We got to tour the Ali Center for free and we got to go back to Sullivan University to learn two more super cool things!  Chef Richardson taught us how to print out an edible image (which our wonderful friend, actually my mom’s best friend, Denise who owns Big Idea Media Group, made for us with the Congo14 logo and an image of the Rumble in the Jungle on it) and put it on a cake.  We also learned how to do rainbow piping around the cake!  Here is a video of us learning this stuff at Sullivan: Click Here.

Here are a few pictures of the cake: 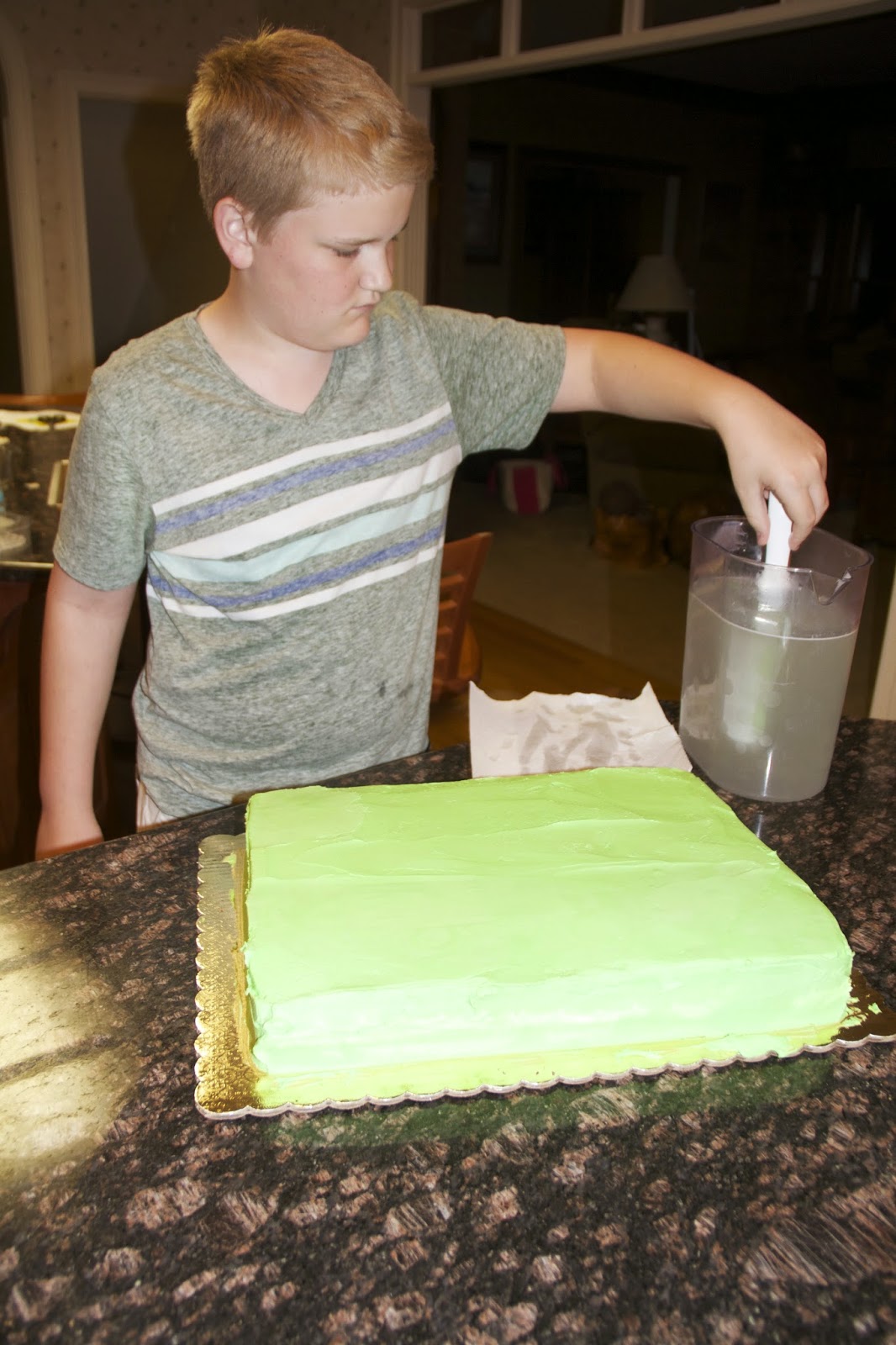 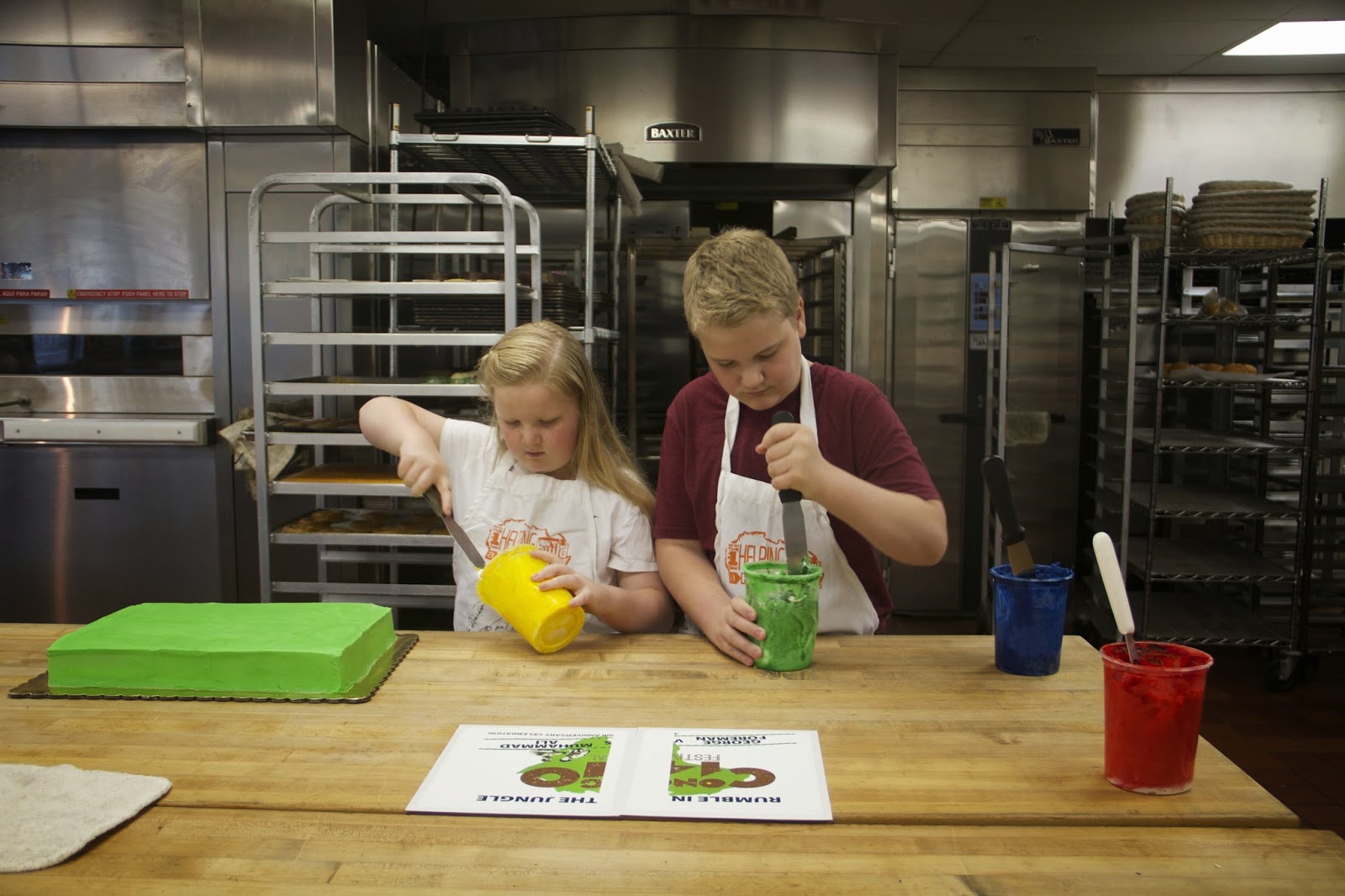 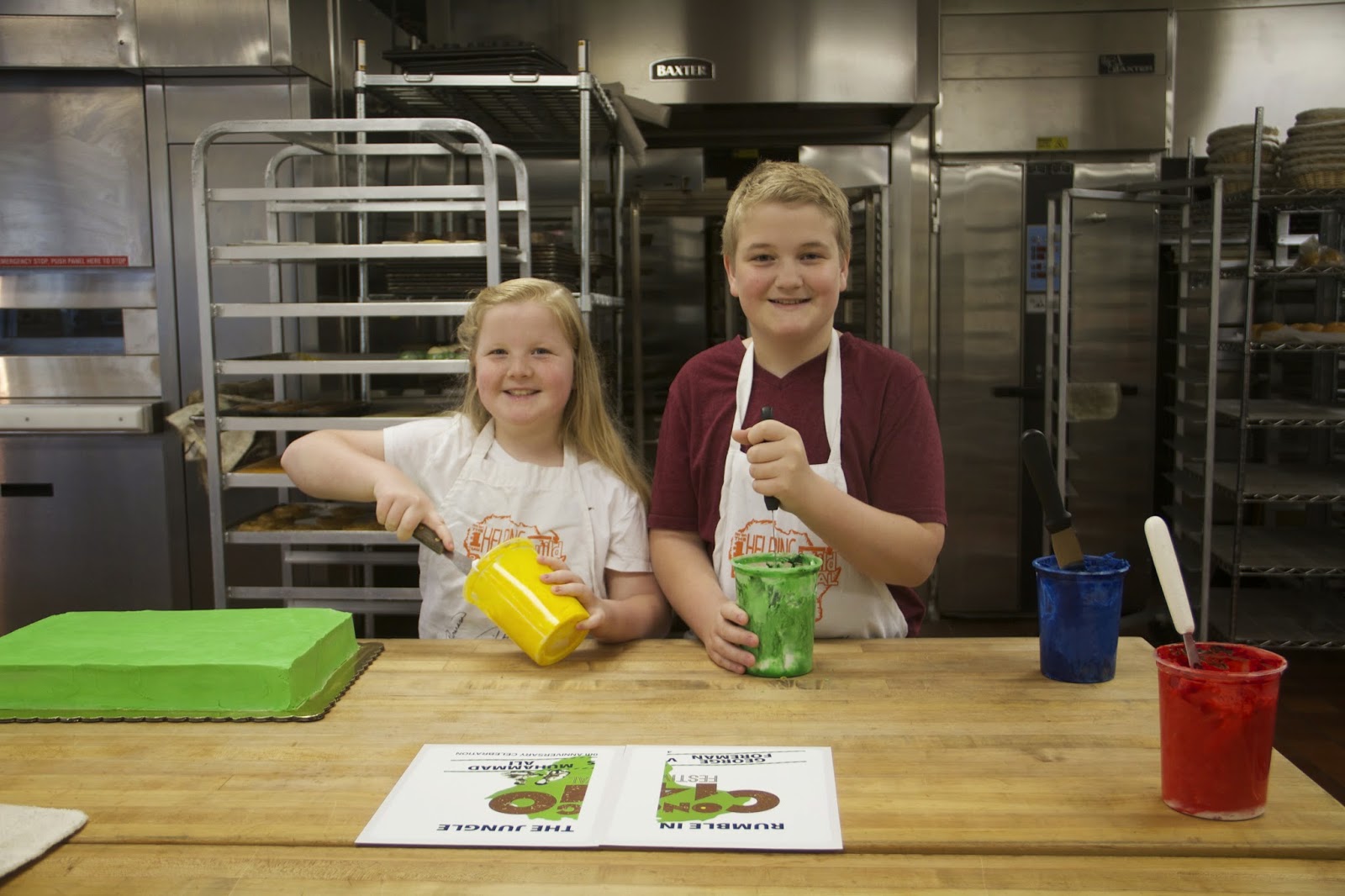 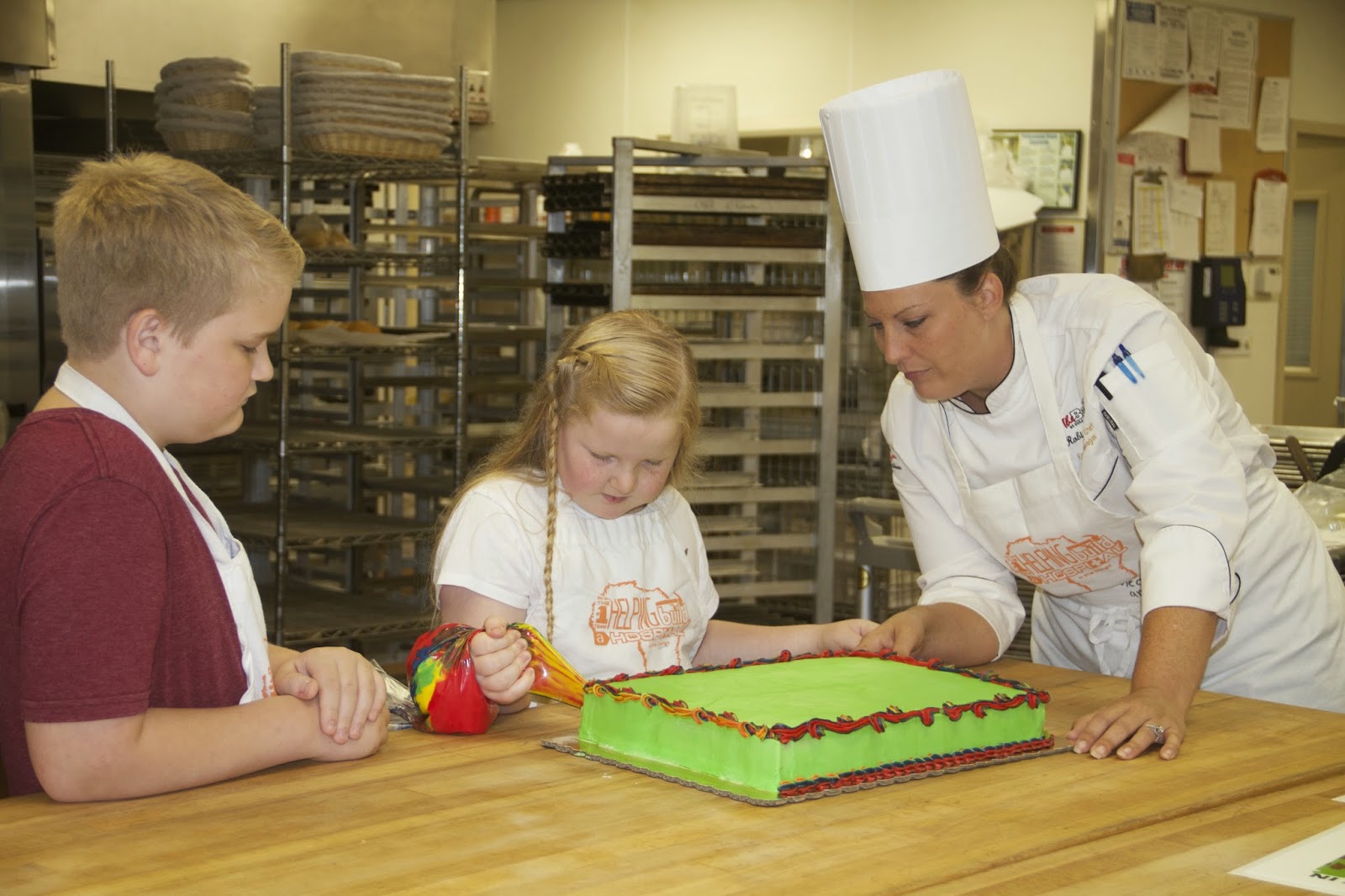 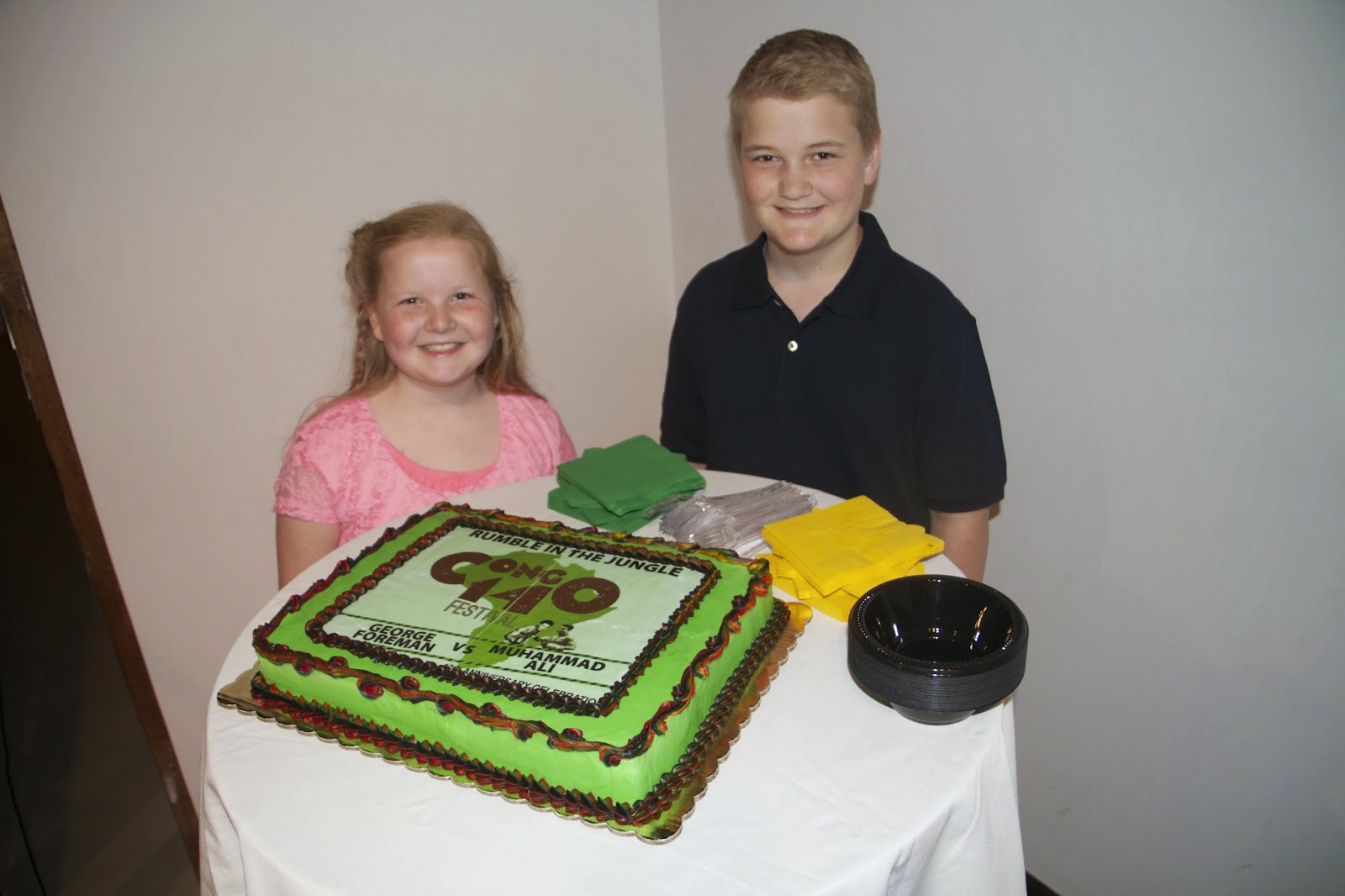 We gave our speeches but they were not on the news or anything.  Many of the people at the press conference came up and talked to us after it was over and took our card with the link to our blog, but nothing has really come from that.  My dad thinks this is because God wants to prove that it is only HIM doing this project with us!  God is using children like us to bring in the donations so God wants to show He can do this big thing through the least likely source.  Livvy & I think this is true.  So far, it is really children doing their 1% or people donating their 1% that have gotten us to 37%!  Anyway, if you would like to see our speeches, click this and go to the 8:34 minute mark.  We are super excited that the Ali Center people have told us we can come to the Congo14 celebration and even meet the ambassador of the Congo and Bruno Mars.  We are hoping this means we will meet Muhammad Ali too.  🙂
Thanks for reading about it and most of all, keep praying for us!  (And by the way, everyone really seemed to like the cake.  We had made it a surprise by making the cake batter into a tie-dye pattern with red, blue, purple and black!)