Hi Friends,
Some of you have asked me about the Middletown Monthly article I wrote.  This is the article.  The pictures we took of the magazine came out too blurry to really read it.  Thanks for your support of me and Livvy!  We have been praying that our articles will inspire others to do their 1% and that they will want to go to church if they don’t already go.  We have been praying this for over a month as we waited for the articles to come out.

Here is mine (they renamed it Siblings Share a Dream) and I will also put up Livvy’s.  Hers was pretty fun for her because she got to interview Katie, the girl that inspired donations for the hospital project by giving up her Christmas presents last year. 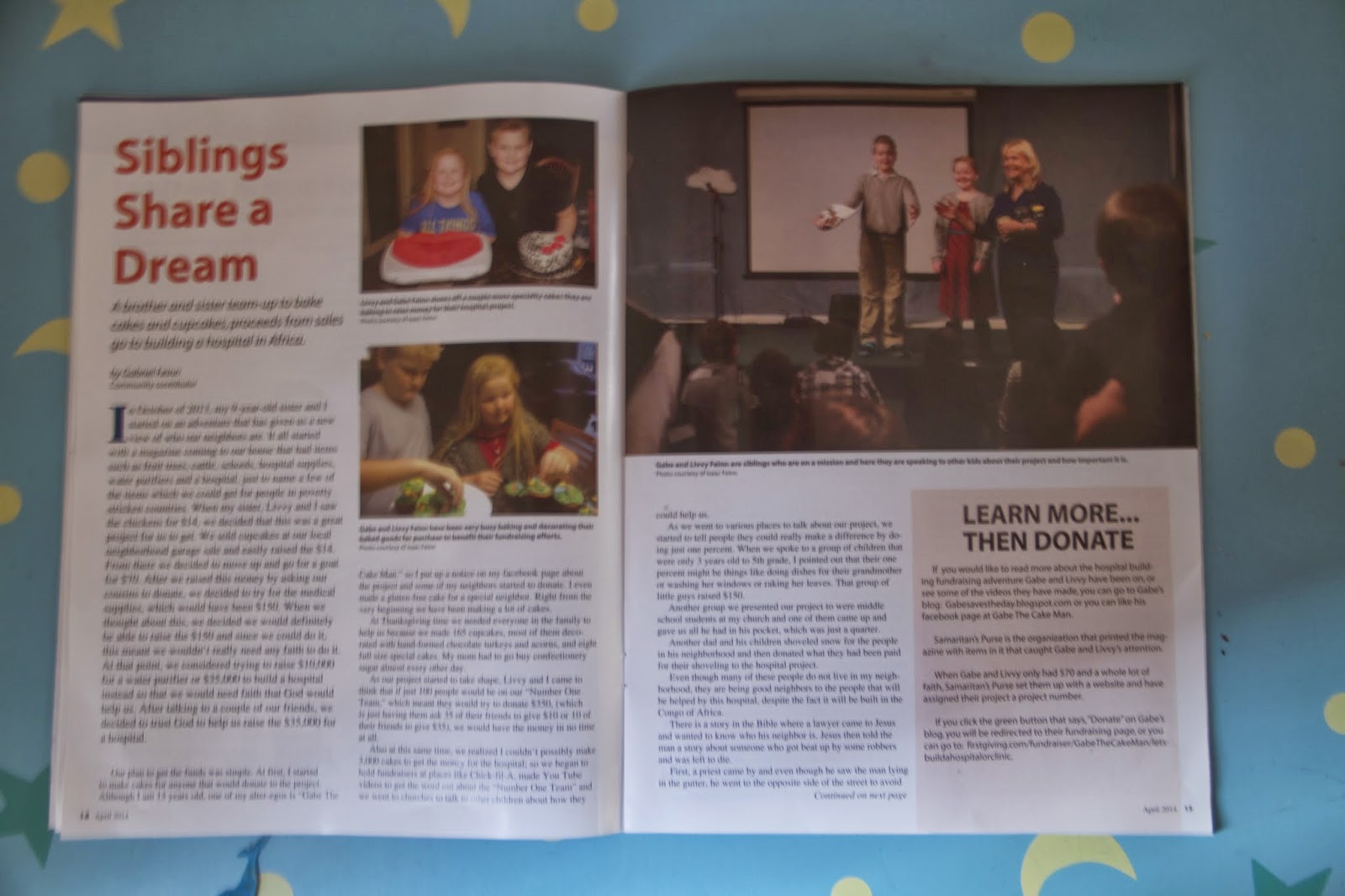 Good Neighbors and a Few Crumbs of Cake     By Gabriel Feinn 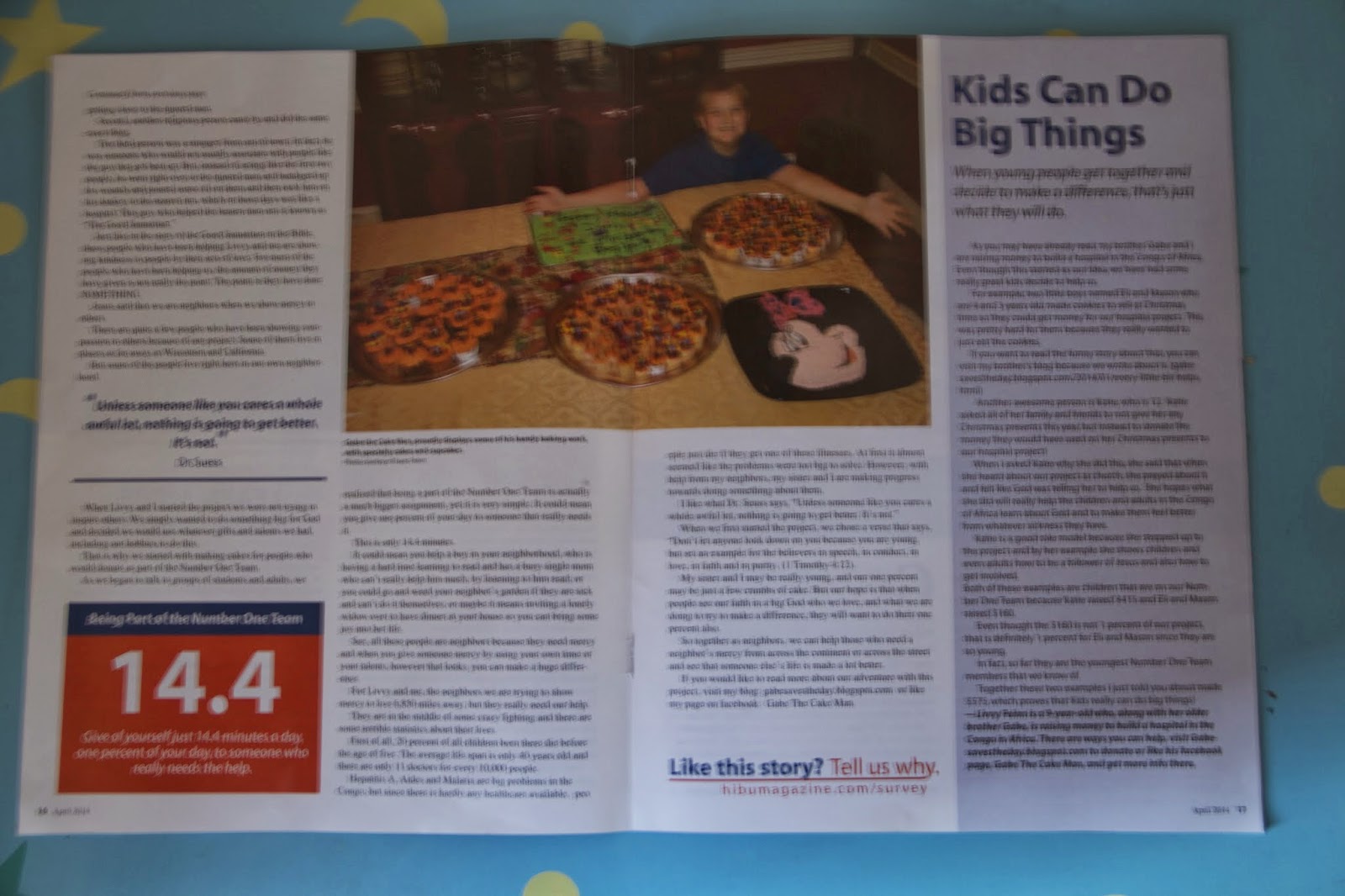 As you may have already read, my brother Gabe and I are raising money to build a hospital in the Congo of Africa.  Even though this started as our idea, we have had some really great kids decide to help us.  For example, two little boys named Eli and Mason who are 4 and 3 years old, made cookies to sell at Christmas time so that they could get money for our hospital project.  This was pretty hard for them because they really wanted to just eat the cookies.  If you want to read the funny story about that, you can visit my brother’s blog because we wrote about it. (gabesavestheday.blogspot.com/2014/01/every-little-bit-helps.html)
Another awesome person is Katie, who is 12.  Katie asked all of her family and friends to not give her any Christmas presents this year, but instead to donate the money that they would have used on her Christmas presents to our hospital project!  When I asked Katie why she did this, she said that when she heard about our project at church, she prayed about it and felt like God was telling her to help us.  She hopes that what she did will really help the children and adults in the Congo of Africa learn about God and to feel better from whatever sickness they have.  Katie is a good role model because she stepped up to the project and by her example she shows children and even adults how to be a follower of Jesus and also how to get involved.